Politics at the Olympics 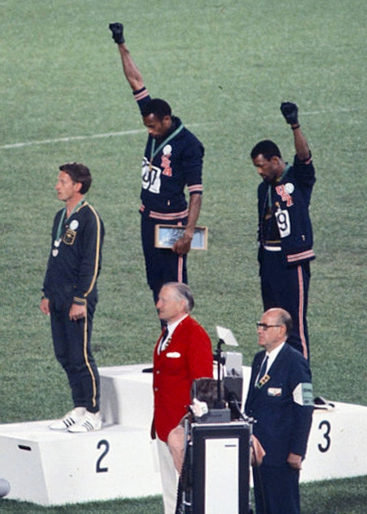 The Goodwill Games were a direct response to the Olympics, which had been a platform for various political movements over the years. While the 1980 and 1984 boycott of the Olympics by the United States and the Soviet Union were the tipping point for the inception of the Goodwill Games, many previous installments of the games had become political. This includes the games being canceled during World War I and World War II, racial politics in 1936 and 1968, and various countries boycotting the Olympics throughout the years.1 While the Cold War brought politics to the forefront of the Olympics, with rising tension between the Soviet Union and United States, the Olympics have always been political.