Accent on Understanding was a non-profit, 501(c)(3)-designated organization in Washington from 1987 to the early 2000s that facilitated teacher and student exchanges between the United States and the nations that made up the Soviet Union. Their formation began with yearly Storytell International trips to the Soviet Union, where teachers accompanied founder Michale Gabriel in a mission to share and collect stories, and became Accent on Understanding when the 1987 trip inspired several of the participants to create an organization that would formalize these pursuits. 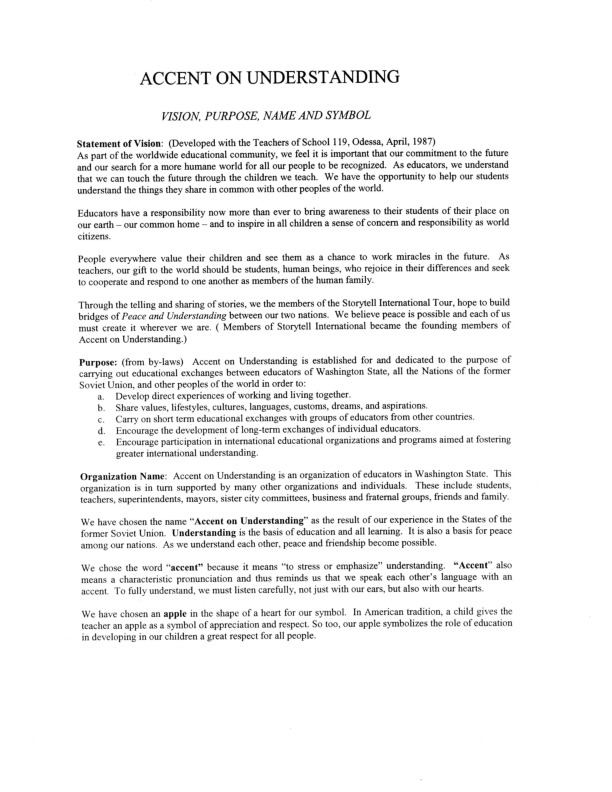 Their chosen implementation to achieve these goals was to perform and facilitate "educational exchanges between educators of Washington State, all the Nations of the former Soviet Union, and other peoples of the world". Accent was very successful in facilitating these exchanges, but Accent's success in achieving their vision must be evaluated against some chosen scope of impact. To what extent did Accent achieve their vision's four tenets?