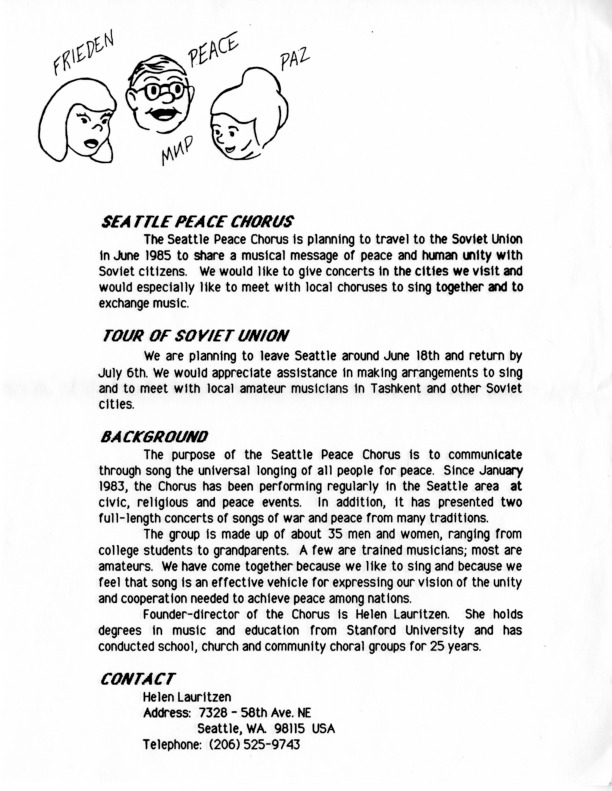 The Seattle Peace Chorus was created in 1983 in response to the Cold War, Through their music and choral performance's they aim for peace. In 1985 the peace chorus traveled to the Soviet Union in efforts for peace and to make people to people connections between the US and USSR. The group consisted of members anywhere from 30-50 people during the time of the Cold War.

The Seattle Peace Chorus is still active to this very day performing and singing locally and also internationally, they completed a tour to Cuba in 2016. The peace chorus is also a group that is very much involved in peace activism participating in many fundraisers, peace rallies and marches.

Goals of the Peace Chorus →
Background