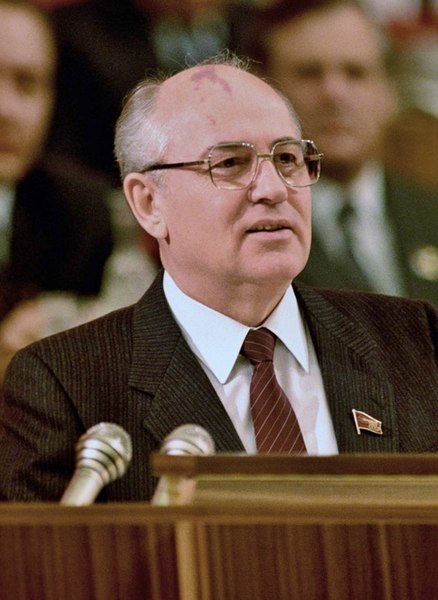 The disintegration of the Soviet Union was a drawn-out process. Economic stagnation and political problems throughout the 1980s plagued the country. Mikhail Gorbachev's policies of glastnost (openness, freedom of speech) and perestroika (economic rebuilding) were insufficient to overcome the problems. Instead, they became channels for the Soviet people to direct their pent-up frustrations against the government.

Additionally, starting in 1987 a series of nationalist movements arose within the Soviet member republics, threatening the authority of the Central Government. Unwilling to resort to military force to quell the uprisings, the Soviet Union watched as desires for independence and democracy ousted Communist governments in Georgia, Ukraine, Estonia, East Germany, and the other Soviet satellite states.

The combination of economic troubles and political strife signaled the Soviet Union was nearing its end. Following a failed coup earlier in the year by hard-line Communists, Gorbachev resigned in December of 1991. By the start of the new year the Soviet Union had ceased to exist.

However, after the dissolution it was not long before private citizens attempted to reconcile the new Russian Federation with former Cold War adversaries. On November 22nd, 1992 a Russian space capsule touched down in the ocean off the coast of Washington State. It was a symbol of goodwill between the two nations, inspired by the recent Soviet past and hopes for a prosperous future, named Europe America Space Flight 500. 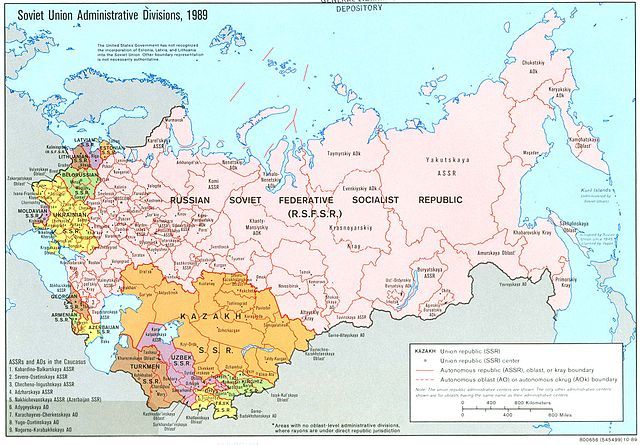 A map of the Soviet Union's administrative areas in 1989, just before the fall of the Berlin Wall and two years before its complete dissolution in December of 1991.

The Mission →
Context: A Post-Soviet World