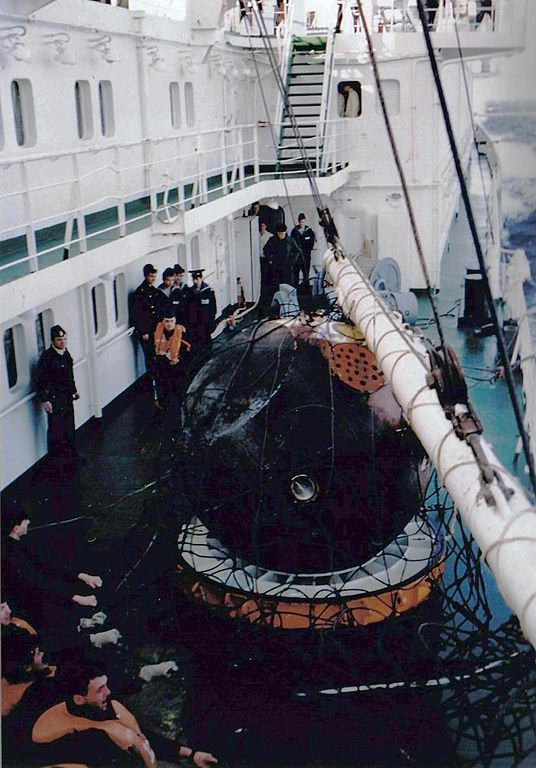 Europe America Space Flight 500's mission was planned and executed within nine months. Entirely funded by the Russian private sector and with the full support of the governments of the United States and Russia, it was the first private and commercial spaceflight in Russia's history.

Space Flight 500 intended to play several different roles in rebuilding US-Russian relations; cultivate connections between the people of both countries, emphasize the adaptability of former Soviet military technology to civilian needs, and serve as a first step to establishing commercial relationships between Russian and foreign businesses.

After launching on November 15th, 1992 from the Plesetsk Cosmodrome in Russia, the spacecraft orbited around Earth for one week before landing off the coast of Washington State for retrieval on November 22nd, the 500th anniversary of Columbus' arrival in the Americas. It was then taken into Seattle and unloaded for display. A number of celebrations and events were planned to take place in Seattle from November 22nd through November 30th, 1992 to commemorate the occasion, and were attended by Russian visitors, VIPs, and local Seattleites.

The mission's Resurs-500 capsule was packed with twenty containers filled with souvenirs, toys, pieces of art, messages of peace and prosperity from international figures (from the Dalai Lama to Russian President Boris Yeltsin), religious artifacts, and Russian product samples.